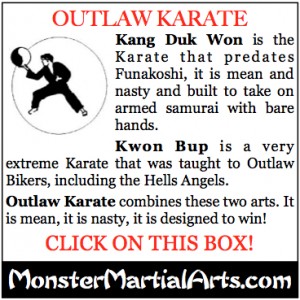 One response to “Your Martial Art Doesn’t Work, And Then The Hells Angel Showed Me”