How and Why Matrixing Will Work in Your Martial Art!

Learn a Martial Art in a matter of months!

A lot of people read my site, or articles on the web, and they raise their eyes and say, ‘Oh, right. A guy can learn a Martial Art in a few months? Ha!’

Lot of cynicism out there, and I understand it. Some fellow studies for years to learn Karate or learn Kung Fu or whatever, and I come along and say, ‘You could have learned it ten times faster.’ 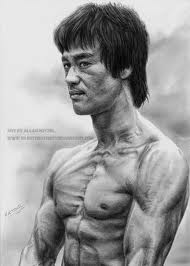 Don’t just look at the moon…BE the moon!

That guy is going to be upset! He’s going to think I’m full of it, just because if he doesn’t, then it invalidates all his years of training.

But, when somebody actually does matrix their martial art, and this works for Aikido and Kenpo and ALL other martial arts systems, then they find that I am not invalidating all they have done…I am making it count! I am organizing their data, making it more accessible, and that means their martial art is sharper, quicker, more intuitive…and so much more!

So how do I convince the doubter?

Try these facts on for size.

Take two pigeons and put them together for 6 weeks and they will mate for life.

6 weeks, and you cam MAKE a pea brain MAKE a life altering decision. Doesn’t even matter if Mrs. Pigeon is ugly.

Now this is a stupid fact, but it tends to open the door to facts more pertinent to you and the Martial Arts.

The US army takes a common, garden variety man or woman…and MAKES them into a soldier in three months. Another three months and we’re talking about a high tech soldier, able to use a computer, or some other complicated device, right in the middle of a firefight!

Here’s another one: there are ads on TV that claim you can MAKE your body into a lean, mean muscle machine in three months. Three months and you no longer have a beer barrel, but, instead, have a six pack!

So the point here is this: if you are smarter than a pigeon, then you can change your mind and change your body in three months.

Or, in other words,

You can learn a martial art in a matter of months!

You don’t even have to believe! You just have to get a martial arts course and do it!

So now we come down to choice.

Do you want to be sweet meat for that home invader? That mugger? That guy who wants to take your girlfriend?

Okay. Nuff said. I hope I’ve changed your mind, gotten you to get up off the coach, inspired you to do something that will give your life value forever!

So take a look at this http://monstermartialarts.com site, check out the courses, and decide what you want to do.

Remember, the only person stopping you from being more than you…is you.

This has been a page about how to learn a martial art, and how you can learn them in a matter of a few months.

One Response to How and Why Matrixing Will Work in Your Martial Art!