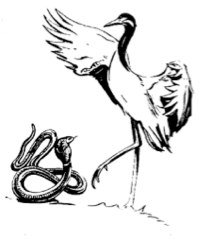 I actually released this some years ago,
but I stopped selling it.
The reason
I was not happy with the book.
So,
being on a mountaintop
head above the clouds,
I was able to see what I had done and not done,
and I was able to write
one of the best matrixing books I have ever written!

And here is something you’re really going to like…
I always talk about the blank spots one finds by using a matrix,
how you can find out the data that was hidden,
glossed over,
made mysterious,
forgotten…
In Matrix Tai Chi I really show how this happens,
and how I compare two matrixes to find all sorts of stuff!

Do you understand?
All the TCC boys and girls out there are pushing soft apps,
expecting people to jump from the floor to the roof!
They are missing the basic and intermediate steps!
No wonder TCC can get so messy and misunderstood!

In Matrix TCC you get all three steps.

You’re going to be able to do hard TCC within a couple of weeks,
and then start working on the hard/soft apps for a couple of months,
and then you’ll be capable of the REAL Tai Chi Chuan!

Now,
a couple of things.

If you ordered the old Matrix TCC,
and there was only a couple of you,
send me the third page of the matrix TCC book I sold you,
and I will send you the new Matrix TCC book.

The video is the same,
no need to replace that.
It is me and Nehemiah going through
the lines, applications, footworks, form and freestyles.

So if you ordered before,
you get the book for free.
Just follow the instructions above.

Now,
what is the difference between Matrix TCC and Five Army TCC,
a little and a lot.

Matrix TCC breaks it all down.
You even get a quick breakdown of the form.

But,
it is not as in depth and comprehensive
as my breakdown of the form and applications of the form
on Five Army TCC.

It’s a matter of time,
and how much I could pack on the course.

Matrix TCC has matrixing,
breaks TCC down like it has NEVER been broken down before.

Five Army TCC I go into the form in depth and detail,
so if you like what I am saying and doing on Matrix TCC,
then you are going to want to get the finer detailed analysis.

So you can now get Matrix TCC by itself,
or you can get the package of both Matrix and Five Army TCC,
and save a few bucks.

And here’s the link for the TCC package…
http://monstermartialarts.com/martial-arts/tai-chi-chuan-package/

I haven’t had time to expand the larger Kung Fu package
but I will int he future.
If anybody is interested in that, let me know.

Anyway,
Matrix TCC is one CD and two DVDs,
Five Army TCC is four DVDs
Together, that’s about one CD and six DVDs
or a book and almost FIVE HOURS hours
of a new logic
presented one on one
in a very hands on format
so you can’t not understand!

AND YOU SHOULD KNOW
I always recommend the instant download,
because being on a mountaintop
I don’t get to the post office every day.

If ever a disk or download doesn’t work
just let me know at aganzul@gmail.com
and I will see to fixing it as quickly as I can.

Now,
that’s about it.
I’ve been working hard on this,
didn’t even put out a newsletter last Friday,
but…this is the gold.
This course,
and especially the book
really puts the cap on Matrixing.
All the way from hard to soft,
so you can understand EVERYTHING,
and even turn around and teach it.

And in the shortest possible time.

Think about it,
people spend a couple of decades
to get what I’ve put together,
and then what they’ve got is slanted towards one art,
spotty,
messy,
filled with illogic and blank spots.
And you can get ALL the martial arts,
understand EVERYTHING
and within a couple of years.
Three or four months for each Matrixing course,
and you get DECADES of knowledge
without the mistakes and missteps.

So,
if you’ve just been reading this newsletter
it’s time to get your stuff in gear,
it’s not just…’be all you can be.’
It’s…’become more than anybody imagined!’

And if you’re ready for Matrix TCC,
the gloves are off!
Come and get it!

Don’t just have a great workout…
Have yourself a most spectacular journey!