Karate Kata…How Good Are They?

in the Martial Arts Kata are often translated as martial arts forms, so I use the terms interchangeably.

Bruce Lee said in “The Tao of Jeet Kune Do” the following about forms:

“Too much horsing around with unrealistic stances and classic forms and rituals is just too artificial and mechanical, and doesn’t really prepare the student for actual combat.” 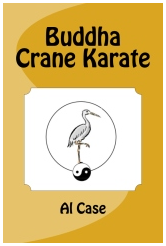 Is this true? Or is it meaningful, do forms actually teach you combat? Certainly looking at Pinan/Heian 1, or Kenpo Long 1, you have to wonder, is this meaningful? Are they honestly expecting me to drop the opposite hand when I block and punch?  And why are they having me drop my hands when in sparring they tell me to keep my hands up?

Even with something so entrenched as Sanchin, or the Sil Lum Tao those that lack correct teaching have to wonder, “how is this teaching me to fight?”.

In stark contrast are kata such as sanseirui, where it is very apparent that the kata is truly a combat scenario that captured and formalized into a form. This is evidenced by the lack of symmetry in the form, you don’t have “do the exact same thing on the other side” or “first do it on the right, then on the left”.

But do any of them provide you with anything useful? Or do they lock you into a routine.

Bruce was an incredible man, certainly what he said must have some value.  Besides, if not for forms, how do we transmit the style, untarnished, to the next generation?

The problem with Bruce, is that he was amazing. He was so amazing that somewhere along the line he seems to have forgotten that you have to explain to a new student how to make a fist, not to punch with the flat part of your fist, to line up the bones, to add CBM.  We can see that he knew this, for he said (paraphrasing here) “before I learned to punch, a punch was just a punch, while I was learning, a punch was much more than a punch.  Now, a punch is just a punch”.  However, he repeatedly wanted to throw away all the tools that are used to learn basics.

To quote my sensei, “you have to have a set of basics before you start learning to break free of the forms”.

I feel that all forms are intended to serve a purpose, but what is that purpose?

Let us start with the so simple that they are obnoxious forms, like the early Kenpo forms and the Pinans.  They are not meant to be combat forms, they are meant to be a way to train symmetry, and to familiarize you with the “alphabet of movement” that your system trains.  Think of the movements in these forms as “this is my footwork, these are my blocks, these are my strikes,  there are many like them, but these are mine”.  Symmetry is important, you need to be able to block, thrust, flick, parry and strike on both sides, these forms teach you exactly that, and they force you to practice equally on both sides.  Bruce may have been so good that he only needed five techniques and only those on his lead side, but that doesn’t account for most people, nor does it address what you are supposed to do if you get injured during combat.

So basic, boring forms have a purpose, even if it is only training.  However, when we go back to the question of dropping the hand, you do have to stop and wonder why practice something that we would never want to do in combat.   This is where I personally feel that some of these forms are less valuable than they could be.

Sanchin appears to be one of these boring beginner forms; however, it is an exceptional kata, Please see the earlier article I wrote on Sanchin (add a link to the other blog post).  My sensei was fond of saying that he could tell your belt level by watching your performance of Sanchin.

The Sil lum tao, is also a form that appears to be on the boring scale, however, it is a very internal form. It is meant to isolate the hand movements used in Wing Chun so they can be practiced separately from any foot movement, and to build Chi power.  These 2 aspects mean that it can be practiced and improved on for the rest of your life, just like Sanchin.

None of the seemingly boring kata teach you to fight, not even sanchin.  They may teach you many critical elements of fighting, blocks and strikes that you can combine, a clear calm mind, the ability to take a hit and continue. These things and more can be learned from kata.

Learning to fight from a kata though?  That is tough, there are people that have been reputed to have done so, I have a very hard time believing that.

In my mind the only way to improve reflexes, and learn to handle unexpected things is to get into sparring (at all contact levels) with as many different people as possible.  Try to get with people of different levels, different arts, and no arts.

In my personal opinion, I feel kata are very important, both for handing down the style, uncompromised. They are critical for training your body to use all the different tools in the styles toolbox.

I do not feel that they are a prison, rather an encyclopedia of motion and much more.  In my mind all kata should give you as many tools as Sanchin, Sil lum tao and Sanseirui.   However, if the form teaches you to do dangerous things, like drop your hands, you might want to re-evaluate the validity of that particular form.

If you want to align and make logical your Martial Arts Kata, check out the Master Instructor Course at MonsterMartialArts.com.