The Value of Silence in the Martial Arts

My first hint of this was the ‘empty’ in Empty Hands, which is the literal translation of Karate. 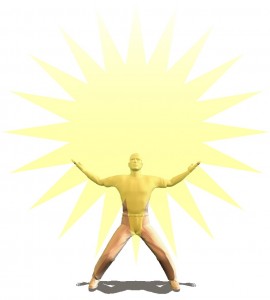 Be silent, my friend, and hear yourself think…


Not how many tournaments you can win, not how ‘bad’ you are, but how silent you can be.

A light bulb depends on space to create the spark that lightens society. Is not space emptiness? Silence?

The human being is a light bulb, a machine through which sparks energy. But he blathers so much that there is no silence, thus, he never turns on those extra sensory perception tools like telepathy.

He is left with the sound of his body, a noisy thing that obscures his real thoughts.

A human being must create silence, and then the light bulb can go on.

When there is no sound he can create silence.

When there is no sound he can listen…and hear.

Hear his own thoughts.

Hear the thoughts of others.

When I was in the city I found it difficult to work out. I had done martial arts in such a way, and for so long, that I wasn’t interested in speaking, and the speaking of others disturbed the silence.

Humans are a loud variety.

Their heads actually make enormous noises, but the noises are beneath the human band of hearing. Thus, he is guilty of noise pollution, a machine trundling through life making squeaking gurgling sounds that are deafening to animals, but nothing to himself. He has made sure he can’t hear his own noise.

When you create enough silence the world speaks to you.

You can hear the animals look at you.

Animals are silent. They know how to listen. They never bothered to learn how to speak. Their ‘speech’ is more in action, pose, posture, grin.

Humans are so miserable.

Try them blindfolded in a room without lights late at night.

Move by using your imagination.

Do your karate or kenpo or aikido in silence, lessening even the slither of bare foot over carpet, doing without noise.

Until not even your breath can be heard.

When you finally succeed in making perfect silence, then will you hear the true martial arts.

Then will you hear the world.

Then will you hear yourself.

The capacity to generate beams of energy, though I have actually never ever seen nor become aware of it went over, is at the heart of martial arts breathing practices. I feature pressor or tractor or any other sort of beam in this conversation.
A beam is a line of energy drive outward from the body of the martial performer, and this beam is normally built upon a line, though it need not be. 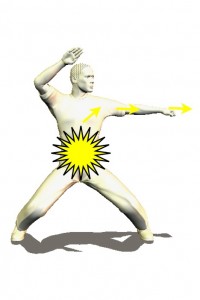 It can be pointed out that your martial art is not a real martial art unless it creates the capability to produce a beam of energy at will.
Many martial practices on world globe are aspired towards constructing muscle, or the shabby pretext of stimulating body parts. The function of this post is to awaken the reader to the capacity of developing beams of energy.
The first thing to be recognized is that the body is absolutely nothing more than just an appliance. It is a natural machine built of meat and bone and several connecting systems. Definitely, to the individual unused to a body, it can easily appear like a Rubic’s cube, however, in fact, it is remarkably straightforward to make use of.
To utilize the body as a beam power generator one need to engage in classic forms, and comprehend the value of classic postures.
To engage in the classic postures needs work, which work demands the production of energy in the Tan Tien, which is the one point, which is absolutely nothing more than just an energy power generator on a body/machine degree.
This work must be supplemented by breathing in accordance with the development or contraction of the body.
To posture, to work, to breath, to focus interest along the course of the arms, to envision. It is creative imagination that sets us apart from the beasts, and it is creative imagination that is required to produce the concept of a beam of energy coming out of the body. You need to engage in till the mind is calm then it will definitely have the ability to picture.
To check your capacity to beam it is essential to make use of an easy and frequently over looked trick. Set up a candle and face it, punch, and cease your fist an inch from the flame.
Do not trick flick the flame by leaving the line of the beam, however focus, and keep the line of the beam as straight as feasible. With success over time, cease your fist 2 inches from the flame, then further. Enhance distance till you can easily put out the flame from throughout the area. At some point, with fantastic persistence and want, you will certainly have the ability to just examine the flame and make it go out.
There are those that laugh and such practices as detailed right here are of little value, and there are those that will definitely not linger, however look for the instant gratification of easy battling. Then there are those that will certainly find out the depths of their being with this easy activity.
The distinction between the two is faith, view in yourself, and the need to awaken your real capabilities, and therefore awaken yourself, and this is at the heart of the Neutronic idea behind generating a beam of energy through Martial Arts breathing.