The Terrible Truth About Ed Parker and Chinese Kenpo Karate

I’ve heard many tales of many martial arts that were, shall we say, less than honorable, but the one I heard about Chinese Kenpo Karate, however, is one of the worst I have heard. Unfortunately, I don’t know how true it is, but with the information I present in this article perhaps some one could let me know if they have any light to shed on the truth or falsity of it. 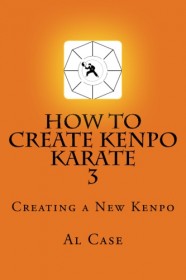 Ed Parker is credited with being the creator of modern Kenpo, putting on the biggest tournament in the world for years, the Internationals, teaching movie stars, including Elvis, and all manner of other deeds. His prowess is quite well known, and his students are legion. Unfortunately, when he first began teaching, while he seemed to demonstrate a talent as a teacher, he was only a brown belt.

In those days he was actually teaching the Heian forms from Shotokan karate, this as illustrated by one of his earliest books. Running out of material to teach his students, he went back to Hawaii and was told to go take a hike, the founder of the system apparently had lost interest in him as a student. I’m not sure, exactly, what the fall out was, but it was perhaps that Ed was teaching without permission.

Ed then ran into a fellow in San Francisco named Jimmy Woo, whose named might have been Jimmy Wu, who knew tremendous and authentic gung fu, but who spoke almost no English. Ed brought Jimmy to Los Angeles, where they lived together, and where Jimmy devised the Kenpo forms, the techniques, and so on. Ed took these forms and techniques and began teaching them as his own.

To complicate matters further, Ed asked Jimmy to write a book with him on what they were doing, and Jimmy spent his days writing kenpo, teaching Ed and some of his students, all while still being deficient in the English language. One day Jimmy saw a rough translation/draft of the book that Ed was planning on turning over to a publisher, and he was surprised to see that his name was not on the cover, or anywhere in the book. This was surprising, because even though Ed was half the team, Jimmy was doing all the work.

Why not my name on book, is what he was supposed to have said. Ed said he would explain, but he had an errand to run, could they take a drive, and Ed would explain on the way. Jimmy got into the car, and Ed drove into Hollywood, but Ed didn’t say a word about the book the whole time. On Hollywood Blvd, there is an Armenian pastry shop there now, Ed let Jimmy out of the car, and drove off.

Jimmy had one single quarter in his pocket, the clothes on his back, and nothing else. With that last quarter he called one of Ed’s students, who he had been teaching. In his broken English he explained what Ed had done, that he didn’t know where he was, or why it had all happened.

He had been teaching, writing, and then, he had been betrayed. Now, is this story true, or is it a pack of lies? If anybody has definite information on this story, I sure would like to know.

This page has been about Chinese Kenpo Karate.

1,983 responses to “The Terrible Truth About Ed Parker and Chinese Kenpo Karate”