Who Would Win the Fight…Jean Claude Van Damme or Steven Seagal?

In the battle of the martial arts cinema stars one has to wonder who is better, Jean Claude Van Damme or Steven Seagal. They each have obvious talents, and they each have areas where they have…less talent. So let’s match them up and see who’s better. 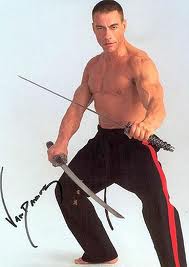 I'll Slice Him and Dice Him!

As to who the better martial artist is, Jean Claude has muscles, can do the splits, and likes to bop heads. Steven Seagal, on the other hand, trained to 6th degree in Aikido. Though they studied different arts, judging by the technique thy display on film, I would have to give the edge to Seagal.

As to which is the better actor, I actually think that Van Damm has the edge. Van Damme plays a variety of characters, always trying to adapt to different roles. Seagal, on the other hand, is always Seagal, he lays in wait, then bullies his way to victory just because he is so bad.

As to which actor ages best on the screen, I would have to say Van Damme. Seagal, let’s face it, has a bit of the chub. He tries to cover it with bad coats, he is famous for his bad coats, but it doesn’t work.

As to which ages better in real life, I would have to, again, say Van Damme. He looks like he works out every day, and, truth, his martial arts actually seem to get a little better. He actually looks like he is gaining in technique and trying to do more than just the splits and punch. 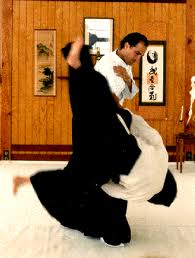 I'll Throw him and Roll Him!

Which has made the better movies. This is a toughie, for Van Damme has made a couple of classics, and Seagal, at least in the beginning, had better production values. I think I might, in spite of his latter atrocities, give the edge to Seagal, though if you argued with me over this you wouldn’t encounter much fight.

Which has more charisma, I think has to be Seagal. He had charisma in the beginning, and, though his last movies have spiraled down into the dump heap, he still has a certain amount of screen presence. If he’d stop producing, directing, writing, playing the music for, singing in, being the gaffer and the cameraman and the boom operator and everything else, and get off his self image, he might shine again.

So, hate to weasel on you, but it’s a tie game. Truth, though it seems like I am having a bit of fun with them,  they both Jean Claude Van Damme and Steven Seagal have offered cinema unique and fun perspectives on the martial arts. Forgive them their mistakes and pass the popcorn, that’s my motto.

One response to “Who Would Win the Fight…Jean Claude Van Damme or Steven Seagal?”