I was studying Chinese Kenpo back in 1967, just starting to learn about martial arts rankings.. I have to tell you there was not a lot of martial arts back then. Judo had become known during the 50’s, and karate was making it’s impact during the 60’s, but the kung fu craze of the 70’s, and the ninjitsu phase of the 90’s were still aways off. 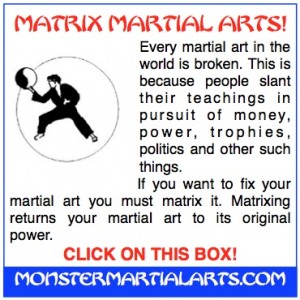 One day I was talking to a green belt who had just joined our school and who had known my instructor for years. “Look,” he said suddenly, ‘there’s my name.’ And sure enough, there was his name, right on and attesting to my instructor’s certificate of rank!

So I was studying what I thought was the best art in the world, and I was studying under a person who I just knew was the deadliest man to ever walk the face of the galaxy. After all, the other fellows all told me he was just unbeatable, and he even had trophies in the window! How could I doubt?

Some time after that I was studying a form of Korean karate–sorry, there wasn’t any real tae kwon do back then, and the tae kwon do that there was used pinans/heians in their curriculum. This art was also taught by a fellow surrounded by rumor. This time I looked at the teacher instead of the certificate, and ended up staying.

As time went on and I worked my up to black belt I received these beautiful, ornate certificates with original Korean writing and a real chop. But when I received my black belt the certificate was just a shoddy piece of paper with bad handwriting. My instructor said, “Oh, I left that organization. Had to make up some certificates on my own.”

Curious, having the funny feeling that there was something more to be known, I asked one of the assistant instructors what the true story was. The true story, according to that assistant instructor, was that a couple of fellows came in one day and told my instructor that the organization he belonged to was joining with another organization, so he would have to, also, and if he did so he would automatically be promoted one rank, and so would all of his black belts.

So my instructor left the organization, and, you know what? I didn’t care. Somewhere in between the two arts that I had studied I had lost my appreciation for beautiful pieces of paper, and had gained an appreciation for workable art.

As an instructor, these many years later, I find that it irks me that students are concerned with rank. As a fellow who could be accused of rapidly joining the ranks of old fuddy duddies, I see the value of goal motivation, but I also see the young becoming infatuated with social status to the neglect of workability. And when, invariably, some young student presses my buttons on this matter I’ll respond with, “martial arts rankings are to help me order the class, not for you to impress your friends.”