Martial Arts Weapons Prepare You for Anything! 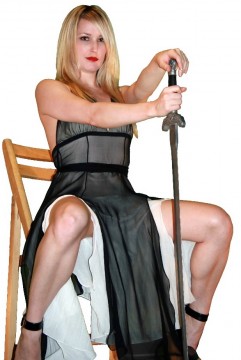 You see, people are flooding across the borders, and many of these people want to harm you. Mixed in with the families seeking a better life are outright criminals, drug dealers, gang members. These fellows want to enslave your children to drugs, rape and murder your daughters and commit crimes. Heck they are even being given the right to vote, and their illegal vote will cancel out your legal vote.

And there is a major political party backing all this. A party that believes killing babies is all right, so why would they stop at babies? Why not let the violent criminals run amuck? They’re safe behind THEIR WALLS, so the heck with you.

I know, sounds like the knell of doom. But it doesn’t have to be. You see, the boy scouts have a motto: Be prepared. And the truth is this: if you are prepared, then it likely won’t happen.

So let’s talk about being prepared.

First, you really need to study the martial arts. You need the discipline to calm your mind when the SHTF. And you need the physical conditioning. Mostly, you need the knowledge. The simple fact is this: people who study martial arts aren’t victims.

I even have a site with LOTS of courses on how to defend yourself. You can explore the various self defense disciplines, find out what they are all about, and have yourself a great time. It’s called Monster Martial Arts.

Second, you need to have, and be able to use, weapons that the police won’t arrest you for.

Did I mention that their is a major political party dedicated to depriving you of the right to defend yourself. ‘Trust us,’ they say, ‘The police will save you.’

Except that police don’t usually save people. They are there AFTER the incident, and they mop up the remains. Sad to say, the chance of having a cop around when a mugger goes after you is about the same as you being in a bank when it is robbed. That is a statistical equivalent.

Anyway, you can’t carry a gun, a sword is out of the question, even knives will get you arrested, or at least detained.

So here is a great idea: have a hammer and screwdriver at hand. Put them in your car. Have them placed at fortuitous places in your house. You can even buy a pen made of metal, which is perfect for stabbing, and a lot of other things once you have learned the martial arts.

Learn a martial arts form, then do it with a hammer.

Practice your self defense techniques, then practice them (slowly) with a screwdriver.

Heck, the original karate weapons were farm implements, so why do you need a gun or a knife…and the chance to be arrested?

You can actually walk into a store with your hammer and screw driver hanging off your carpenter belt. Nobody will blink, they will think that you are just going to build something.

But you will really be capable of building some self defense, protecting your life, taking care of your loved ones.

The specific course I recommend for learning how to put together things like hammers and screwdrivers and such is called ‘Blinding Steel.’ In Blinding Steel you learn how to use knives, machetes, swords, sticks, staffs…ANYTHING that you want.

The truth is that you are a sovereign. You rule your life, and that means you are responsible for it. Nobody else. And nobody else will protect you.

So check it out, see if the martial arts and simple household tools will save your life, the lives of your loved ones, and defeat the horde of illegals, the jihad of criminals, the terror of living life as a victim.

Check out Blinding Steel at my martial arts website.

PS ~ if you want to save your neighbors, and other great thinking Americans likes yourself…then send this article along. Retweet it, put it in your blog, recommend it to others.

Remember, no man is an island, especially if he or she knows the martial arts.

Have a great and safe day!