How to Make A Wing Chun Wooden Dummy

The Wing Chun wooden dummy is a fantastic training device. It toughens the arms for blocking, it toughens the hands for striking, and it is an attacker that never quits, but always loses. Unfortunately, they can be expensive, so here are a couple of alternatives to help the wooden dummy aficionado. 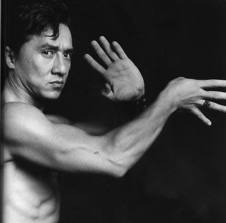 Will you be my Wing Chun Wooden Dummy?

The Wooden Dummy is popular in many martial arts, but the main art is Wing Chun Ving Tsun) Gung Fu. This martial System has practiced with the wooden fellow for the longest, and even has a complete form for dominating it. Other martial arts, however, use the dummy, also.

The Wing Chun wooden dummy in Jackie Chan’s Rumble in the Bronx shows how to use the equipment. Seeing the dust fly when Jackie lays into it is a wondrous experience. One Another great martial arts movie to feature the wooden figure is Ip Man, with Donny Yen.

In the beginning the martial artist will become competent at pummeling kicking bags and speed bags, and perhaps toughening the mitts on the makiwara. It won’t be long, however, until the karateka or kung fu student nails a couple of rug samples to a tree trunk and moves into the Wing Chun realm. The trick, however, is to get the equipment to strike at you so you can work on your blocks.

This writer did this by wrapping a towel around a pole, and then having people jab at him. This quickly turned into an advanced form of living freestyle, where the block had to be executed, and the distance to the pole wielder closed. It is quite difficult to dash three or four feet quickly enough to stop the pole swinger.

The next step is to fix a pole on a pivot. Simply bury a two by four in the backyard, then place a moveable stick atop it. On can block the pole, and block it again on the backswing. One can even explore ducking and blocking.

Eventually, one will want to get a largestick-a log- and drill holes in it. This is how you make arms and legs. One can then shift back and forth, slap the wooden limbs, and pretend that one is fighting a real attacker. What is really great is to put some large springs on the ‘limbs’ so as to increase the spring in them.

The cost of lumber being what it is, one might consider alternative materials. Plastic tubing might work, if one could find thick enough plastic that won’t break. You might want to wrap towels or some other material around the plastic to protect the arms and fists.

To summarize, there are many ways to set up a fake attacker, and the martial artist is limited only by his imagination. Watch movies, read training manuals, and start inspecting the materials available to you. Guaranteed, a wing chun wooden dummy will go a  long way in your martial arts training.

3 responses to “How to Make A Wing Chun Wooden Dummy”