If you want to learn Aikido you have to wade through a lot of stuff. It is derived from systems of sword and spear, and from the ancient system of Daito Ryu Aiki Jitsu. This has resulted in several problems. 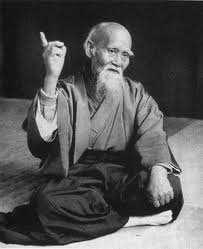 In Aikido you must learn not to resist!

First, we are putting together two (multiple) weapons systems together, which results in the mushing of data.

Then we are taking a massive system (3200 techniques) and taking only the flowing (harmony) techniques out of it…which leaves gaping holes in the Aikido method.

How much has been left out? And how much of that ancient Daito Ryu art, before it was ransacked for Aikido, has been corrupted, or left behind, by techniques particular to the weapons of the ancient times, the clothing, and so on?

Do you understand the problems here?

Now, consider the Instant Aikido Seminar (Now called Matrix Aikido). I took four guys and taught them Aikido in under an hour and a half. The proof is on the video. The proof is that just watching the video enables most people to do Aikido instantly. Matrixing technology is that powerful. (A snippet from the video is below)

And what I have done, in presenting Matrix Aikido, is cut through the confusion of mushed weapons systems, filled in all the gaping holes in the training method, and enabled students to learn Aikido in mere months.

I do this by teaching by core concept; I have isolated the core concepts of Aikido (which are seldom, if ever, mentioned by any Aikido instructor).

Now, the course consists of the seminar itself, and the instruction manual i used to teach it.  In the seminar you’ll see my method of teaching, you’ll hear me (and see me) explain the core concepts (which are further explained in the book), and you’ll see four guys creating, out of thin air, hundreds of techniques.

Yes, as they come to grips with this piece of knowledge they become totally empowered. They start looking at stuff, and, suddenly, a technique pops out…a technique I never taught them, but which they created in the moment and for the situation. 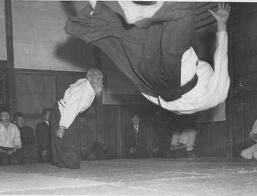 Matrix Aikido Fills In the Blanks

If you can learn the core concepts in a couple of hours, what would a couple of months of intense practice bring you to?

I think it would result in the vision that Morihei Uyeshiba had for humanity. I think you would experience the vision of a new humanity.

Of course, it’s all up to you. You could argue and look for fault in what I am doing or you could take a look at the video and simply do it.

But, watch the video snippet below, and know that at the end of 80 minutes I had these guys  standing in the middle of the room and throwing each other in all directions. I even had them doing it with their eyes closed! 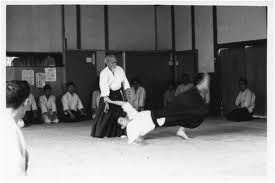 And that’s going to happen to you! You’re going to be able to stand in the middle of a room, and throw dozens of Attackers every which way but loose! Isn’t that worth…

Yes, I could charge hundreds of dollars. I actually charged $300 for it when I first released it several years ago. And it is easily worth more than a few hundred bucks. After all, ten years of Aikido at $80 per month, that’s easily ten thousand dollars, not to mention all the time spent traveling, the money on gas, when you could get a few friends and get the thing done in a matter of just a few months!

All you have to do is click on the button, and within two minutes you will see these four students create their own techniques, literally HUNDREDS of techniques, with no instruction but the certain knowledge of the core concepts. 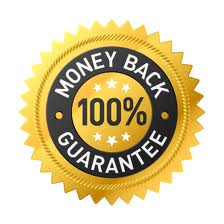 One response to “Learn Aikido Now”