Be a Kung Fu Master and Enter the Cosmic Mind!

There is an old Kung Fu saying, when the student is ready the master will appear. Sounds good, eh? You get so good that some ancient kung fu master pops out of the woodwork and hands you the sacred teaching! 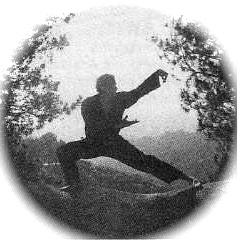 The truth of the situation, however is a wee bit different. In fact, the truth of the matter is downright odd. Let me tell you how it works in the real world.

In 1974 I was sitting on a cinder block on my patio, tapping a piece of rebar on the cement and listening to music. Ding, ding, DING…and the world turned gold and I couldn’t tell where the music was coming from. Everything I knew was changed, and I realized that I had had a moment of enlightenment.

And, about that time, my teacher retired. So, here I was, an enlightened human being, and I didn’t know where to go to get my lesson. Hey, the student was ready, so where was the Kung Fu master?

Then a weird thing happened…people started telling me what to do. Whenever I was in a quandary, some fellow, not necessarily a martial artist, would appear as if from nowhere and say something that would make the lights go in my head.

I was teaching a  Kung Fu class one day, and I looked out the window, and there was a guy doing some Shaolin kung fu. I went out, introduced myself, and he turned out to be a kung fu master, and he taught me his system. And, in a bizarre twist, it turned out that what he taught me was the exact thing that I was supposed to learn before my instructor retired.

And this thing, of people telling me what to do entered other areas of my life, giving me a life that was entirely bizarre, but golden. I would go to a buy a car, know that the salesman was full of dung bricks, and suddenly some other customer would draw my attention to another car, or tell me about another dealership, and, suddenly, everything in the universe shifted around. The master had appeared, and he was people, and he never led me astray.

So this thing of when the student is ready the master will appear is true, but it doesn’t work the way you expect it. People, as a race, are a more pure and magnitudious rendition of consciousness, and, when listened to by an enlightened person, they are the master. All of us, we are connected by an awareness that we do not usually understand, and even reject, and yet this is the secret of where we are going. We are part of a Cosmic Mind, a Godlike consciousness, and when the martial arts are done right, humanity knows what you need, speaks to you, and makes you understand what it really means to be a kung fu master.

2 responses to “Be a Kung Fu Master and Enter the Cosmic Mind!”