To learn Karate online one needs the simplest, easiest method possible. And if you want to learn kung fu online or aikido online, or whatever, this holds true.

Interestingly, there are a few simple forms out there. 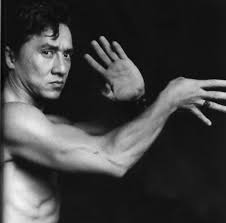 The problem with this martial arts training method, as you might imagine, is that it gets pretty boring.

Learning it is fun, and doing it as a warm up in class is great and beneficial, but to do it by yourself, hour after hour. Boring.

Ed Parker had a great idea with his ‘Short Form One.’ This little Kenpo Kata is only about eight moves, but it covers the four basic blocks in four directions. Unfortunately, there isn’t much opportunity for change, and this basic karate kata tends to get a little boring, too.

Every system has their basic forms, and they are easily sampled. Probably the best one is the square form.

First do it by simply stepping, then, when you understand how simple it is, you can start exploring stances.

The official form is done in a back stance, and with three blocks, low, middle outward, and high.

Now comes the fun part, and the defeat of boredom. Three blocks, four sides. That means the form is constantly changing, and you have to go around the square a few times to get the low block back to the beginning square. You will find this confusing.

And, as you do the form, you keep forgetting where you are, and this tends to build up an awareness, to make you focus your awareness in the form.

The real bonus of this form, however, is that it is not just a beginning form. As you move around and do the karate blocks you will find that the hands tend to circle,a nd they circle in front of the tan tien (the one point) which is the energy center for the body. Thus, you start causing the tan tien to generate more and more ki, or chi.

Within an hour or two of doing the form you will feel the tan tien heat up, and you will feel energy snapping out of the hands, and far in advance of a simple beginning form.

This is the absolute best karate form to learn karate online.

Here is the form on video if you wish to Learn Karate Online. Another good page is this article on how to Master Martial Arts.