The First Martial Arts Lesson You Ever Receive

Get the Most Out of Your Martial Arts Lessons!

First, you can’t simply know about the True Martial Art, you have to experience them to really understand them. To know about is like wondering and fantasizing, to know is to actually do. It is the difference between talking about the word ‘wet’ and actually jumping into the water. 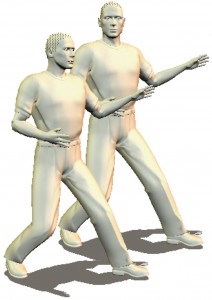 Interestingly, they don’t work the way they work in the movies. Bruce Lee makes it look so simple and magnificent, but he had two arts, one was a movie art for the camera and creating the WOW in the audience, and the other was designed for combat. These two arts don’t even resemble each other, they are greatly different.

When you walk onto the mat for the first time you will find you are entering an entirely different universe. You will have butterflys in the stomach, you won’t know what to do, and you will actually be a in a state of awe. You will learn to tie the belt, bow, and how to conduct yourself in this strange, new world.

The fun starts when the instructor shows you your first moves. Everything you do is going to seem unnatural, odd, but it is really just unfamiliar. And, you might just as well grin right now, you’ll do everything wrong, you’ll even be confused by such simple concepts as right and left.

Eventually, you’ll be able to do those slick and shadowy moves, and you’ll face a real opponent. Oh, Lord, you have to actually hit somebody, block somebody, throw them to the ground! How in heaven’s name are you going to accomplish this feat without injuring him or you?

Time moves along. You practice, and persist, and things start to make sense. The martial arts techniques and forms become understandable, approach second nature, and are even able to be applied in the great chaos of freestyle.

And you learn that the most important lesson you will ever learn…you won’t learn anything if you don’t start. What’s that old proverb…a journey of a thousand miles begins with a single step. And the simple step you took, into the karate school and onto the mat, will result in the most significant and important martial arts lesson you will ever take in your life, for this is the step that brings you discipline, good health, confidence, and the ability to defeat any problem in life.