How to Walk the Circle in the Pa Kua Chang Universe

When one walks the circle in the martial art of Pa Kua Chang one is creating one’s own universe. This is a universe that is silent and solitary, and yet filled with wondrous beauty. The reason for for this magnificence is to be found in one geometrical figure–the circle. 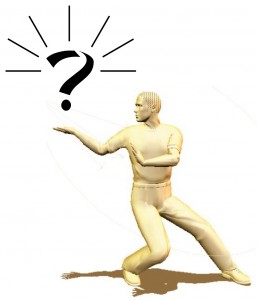 As one walks the circle there are circles within circles, and on into infinity. This is a simplicity that just keeps wrapping upon itself until it transcends and takes the martial artist into fantastic realms. Within this configurizing there are five specific circles.

The first circle is obviously the circle that one is walking on. The power of this circle is from the rim of the circle, where one plants his feet, to the center of the circle. This tension, from rim to axle, set up a motor which endlessly pulls the practitioner in, even as he orbits out.

The third circle is the circling of the torso. As one walks the torso is turned back and forth, step to step, move to move. The power here comes from the stretching of the muscles around the torso.

The fourth circle is the circling of the arms. The arms circle around and around, never ending, stretching the shoulder joints gently, and stretching all muscles attached to the shoulder. The tension here is the pulling of those muscles around the joint.

The fifth circle is the circling of the hands. The hands turn over and swoop and configurate all over again in never ending motion. The power here is a spiraling power that twines the muscles around the bones themselves.

The conclusion here is that if one walks the circle, with proper attention to detail, one never needs another form of exercise. Legs, torso, arms…everything is in spiral, feeding each other, twining  and circling and spiraling and orbiting and…until there is no end. And the only signpost is that one is a marvelous creation with never ending potential, and that potential is easily realized if one has a bit of commitment and a desire to experience themselves.