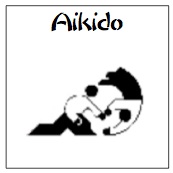 Learn Aikido Now! Here’s the Matrixing course which fixes Aikido! It’s a seminar in which I teach four guys how to do Aikido in less than two hours!

O Sensei Aikido is the True Aikido What is the truth of the universe? In spite of mystical meanderings, there is actual, hard core science behind the vision of Morihei Ueshiba.

Morihei Ueshiba: the Keeper of the Aikido Secrets The ultimate learning is thievery! Morihei Ueshiba would never say that! Or…would he?

Learn Aikido Faster, Make It Work Better! Five easy methods to put into your Aikido training which will move you to the head of the class…and I mean right now!

In Combat Aikido Doesn’t Always Work…Here’s Three Reasons Why! Here’s where Aikido is broken, and if you now how it is broken, then you can fix it.

You can find more articles on the art of Morihei Ueshiba at Monster Martial Arts.