The Real Reason Why Classical Karate Is Failing!

Karate, as it is done in modern times, bears little resemblance to the Classical Karate invented centuries ago. There are many reasons for this, cultural, historical, vested interest, and on and on. This article will pin point the exact reasons Karate has changed, and it is considered a failure in the eyes of many people. 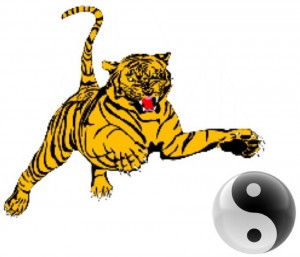 Karate was developed to protect the king of Okinawa. The martial arts techniques gathered together were specific in their intent, and that intent was shaped by having to deal with a variety of soldiers and weaponry. Interestingly, Karate had very little to do with blocking and striking, though that can be considered as valid, and more to do with disarming and maiming.

The Japanese eventually commanded the King of Okinawa to live in Japan, where he was treated like a guest, but still in prison. With the king living in a foreign land, what reason did the bodyguards have to study their art? Thus, lessons were taught to children to make them strong, but the maiming and butchery of the pure art was left out.

Eventually, Karate was brought to the Land of the Rising Sun, where it proved not only adequate, but more than comparable to the arts of the Japanese. One must remember, however, that the Japanese had stolen the king of the Okinawans. Thus, it is doubted whether, if the teachers even knew the true art at this point, whether they would teach the people who had stolen their king.

The next step in the evolution of Karate came when the Americans conquered Japan in World War 2. They did this by dropping an atomic bomb, and now we have the same scene as described in the last paragraph. One has to ask whether the Japanese, if they even knew the true art, would teach the people who had dropped an atomic bomb on them.

Now the art reaches America. It is commercialized, dumbed down so it can be taught to children, and geared around tournaments. People are more concerned about belts and the latest fight night than they are about the knowledge potential of the art.

Finally, the art starts to come apart. People refer to MacDojo’s in disgust, and the brutality of MMA, at least workable, is held up to the light. Yet, I ask the question…what was the original art that worked?

4 responses to “The Real Reason Why Classical Karate Is Failing!”