Karate Kata are the Heart of Karate

It was Bruce Lee who tried to kill the karate kata. “What is the purpose of doing forms,” he asked. And, that ultimate favorite, “Boards don’t fight back!” 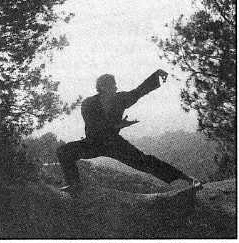 Every Kata is a Prayer

Unfortunately, Bruce was not right. Forms are fantastic training tools. If they do have shortcomings in them these problems can easily be corrected.

When doing a form, first and foremost, one gets a work out. Do a form a dozen times, maybe ten minutes for an average karate form, and you will be sweating like the proverbial pig. They don’t only advocate body calisthetics, but they are a darn good cardio.

When doing a form one learns countless applications. Some of these techniques, of course, are not for everyone. People have different bodies, after all, and different preferences, and so on.

But with so many techniques to choose from, the wealth of knowledge in a kata is truly astounding. And every move has deviations and permutations and variations. It is a very easy thing, to sort through these techniques, find the ones you like, and adapt them to the imperfect playground of a battlefield.

A fight is, at heart, the defining example of out of control. A person who has gotten in a  fight has lost control. Thus, to win in a fight is to have control.

The point of all this is that when one practices a karate kata, they are practicing controlling themselves. A person who does not train in kata is practicing to not control themselves. Yes, they may win the fight, but they have lost the war of controlling, and ultimately learning the truth about, themselves.