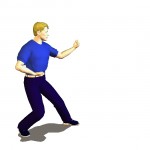 The karate self defense movements from the ancient forms are sometimes odd. By this I mean they are hard to figure out, and sometimes to make work. The problem is that they are unique situations having to do with specific instances of combat, and not arranged in any particular sequence or order. 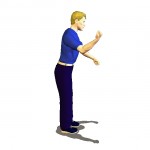 When one studied the ancient karate kata training methods, the sequence of forms themselves was out of whack. That martial arts arrangement method was taught to people for the longest time before the kata were finally put in the right order. In particular, I am talking about the rearranging of the forms Heian one and Heian Two. 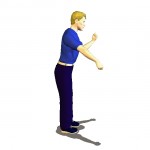 That point made, this article is about the first move from the next form, pinan three. This karate kata opens up with basic movements that should be, perhaps taught earlier. The problem is that the self defense application is hard to apply. 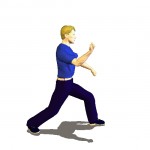 In that martial arts kata the footwork pattern begins with a simple outward block done from a back stance. The kata then moves into a set of double blocks executed with the feet married. To say that the feet are married is to mean that they are placed with toe touching toe and the heel touching heel.

To make this form application work in a street situation one should mix the back stance–or, if one is feeling aggressive, with a front stance–with the double blocks. This enables one to move the whole body into the defense. This aggressive behavior pushes the attacker away. 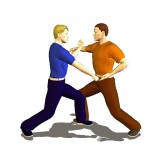 So the attacker steps forward with a right punch, and the defender jams him with block and stance. A simultaneous outward block and punch to the pubic area will duplicate the moves of the karate form. Being aggressive in this manner one should be aware of the placement of the knee, and how to move the attacker’s knee in or out. 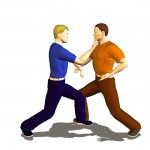 To sum up, these ancient forms are fantastic, they have all manner of techniques built into them. It is up the student to study those forms so that every single possible self defense movement can be understood, and made to work. These old forms should be studied, analyzed, dissected, and gloried, for the Karate self defense moves within them are what the martial arts are all about.