Mas Oyama was Truly the Toughest Karate Master Who Ever Lived!

While there have been many fantastic karate masters, only Mas Oyama can honestly lay claim to being the toughest karate master of all time. What makes this extra interesting is that Mas was born on Okinawa, and migrated to Japan, which became the ‘Land of Karate.’ Mas Oyama, (birth name–Choi Yeong-eui), however, was not from any of those countries, but was born Korean. 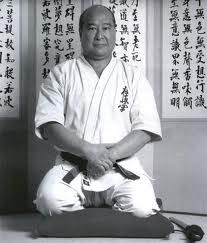 Toughest Karate Master in the World

Mas was born into Japanese occupied Korea in 1923. He took his first martial arts lesson from a Chinese migrant worker named Lee when he was 9 years old, he was told to plant a seed, and to practice jumping over it as it sprouted. It is said he could jump fantastic heights because of this.

After World War II Mas lived in Japan, where he was ostracized for being Korean. In 1946 he became a student at Waseda University and took instruction from the second son of Gichin Funakoshi in Karate. Because of his Korean status he trained in solitude, and many would claim this solitary lifestyle would keep him dedicated and free of distractions, and enable him to achieve a very pure and high level of Karate.

After Waseda University he enrolled in Takushoku University, and from the son he went to the father, for at Takushoku he studied with the father of modern day karate, Gichin Funakoshi. After shotokan he moved to Goju Ryu, studying with Chojun Miyagi. He was eventually promoted to 8th dan in that system by Gogen Yamaguchi.

During this time Mas Oyama picked fights with anybody and everybody, specializing in fighting the US military police. He was in so many fights that his picture was posted on virtually every police station wall. Eventually, and probably because of his notoriety, he was advised by a friend, Mr. Neichu So, to retreat to the mountains and live a life of seclusion and hard training.

Mas Oyama spent 14 months in hard training on Mt. Minobu, then, later, another 18 months. He returned to Tokyo a polished and fierce fighter, and became quite famous for being unbeatable. During this time he took to fighting bulls, knocking the horns off them, or killing them outright, with nothing but a karate chop.

Eventually, Mas established Kyokushinkai Karate, which became renowned for its brutal and tough training. One of the hallmarks of this type of training is the 100 man kumite, in which a fighter faces one hundred opponents in the roughest type of freestyle imaginable. The schools of this toughest Karate master are now spread throughout the world.