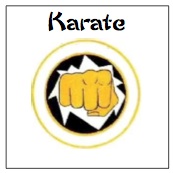 Karate Power can be Yours!

Click on the title to go to the article.

If you wish to use any articles in your newsletter, blog, website, or whatever, you must include a link to this site.

Learn Karate Now! A quick breakdown of why Karate takes so long to learn, and how you can learn it ten times faster! This is a Matrixing course.

The Karate Kicking Bag From Hell and How It Kicked My… I came, I saw, and it kicked my butt! Learn the secrets behind making the best martial arts kicking bag in the world!

Mas Oyama was Truly the Toughest Karate Master Who Ever Lived! He killed bulls with his bare hands. Other Karate men were afraid to fight him. Here is his story.

Funakoshi, Dark Alleys, and Grabbing the Chestnuts of the Nearest Mugger!  It was a dark and lonely night, a mugger was waiting on the corner, but he didn’t know the man he was about to mug was…THE FOUNDER OF KARATE!

The Real Reason Why Classical Karate Is Failing! Karate used to be the deadliest martial art in the world. Here’s what happened, and here’s what you can do about it!

Sokaku Takeda: The Greatest Samurai Who Ever Lived! You think Brock Lesnar is tough? Or Anderson Silva? Maybe it’s time to learn what a real man can do!

What Happened to Mess Up Karate! A direct look at the teaching method that is destroying the most powerful martial art in the world!

Uncovering the True History of Shotokan Karate A good look at what many people feel is the ultimate Karate, and the man who made it so.

Japanese Martial Arts Replaced by One Punch Karate Mistake! Here’s a story almost too crazy to believe…Karate was not started by Gichin Funakoshi…it was all a mistake!

The First Secret of Pan Gai Noon An incredibly tough Karate Style, and yet the basic secret to it is as simple as A, B, C!

Outlaw Karate Beats the ‘Stuff’ Out of the Muggers! He was walking to work on a sunny day, what the muggers didn’t know is what he knew!

Do Karate Kata Work, or Are Forms Just Wasted Effort? The real truth behind Kata and why they are one of the most valuable training devices one can have.

A Karate Punch is the Hardest Punch in the World! Here’s the scientific reasons why a Karate Punch can knock down a man, snap a board, crush a brick, or…kill a bull!

Self Defense from Pinan Three Karate Kata What do those forms mean? What is the secret behind those movements? Here’s an answer as undeniable as a fist in the face.

Self Defense Technique from Pinan Two Karate Kata Another example of the sheer, raw power of a fist in the face. Those secret moves really work!

Sneaky but Powerful Kick Will Knock Bad Guy on His Fanny! This is the kick you won’t see in the MMA, but you should. It is a dynamite power kick guaranteed to knock anybody down!

The Three Things that a Karate Fighter Will Do Interesting take on strategy, good for a Karateka to know so that he doesn’t make a mistake.

Three Steps to the Most Powerful Punch in the Martial Arts! Power, the easy way. Grin.