Tai Chi Chuan means ‘Grand Ultimate Fist,’ and it is. While it promotes health throughout the body and mind, it also happens to be one of the deadliest fighting arts I know. This, in spite of the things that have been done to it over the centuries. 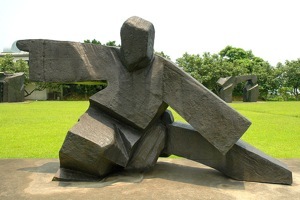 You see, Tai Chi is prone to the same influences that have corrupted any martial art, the influences of vested interests and commercialism, religious and medical influences, there are so many things that have altered the art away from the true.

During the ten years of the cultural revolution, which happened back in the seventies, the communist government decided to kill anybody who didn’t fit in. What most people don’t know is that Chairman Mao is the greatest mass murderer in the history of the world. Worse than Hitler (26 million people killed), worse than Stalin (35 million people killed), Mao was responsible for the deaths of over 50 million people.

His vision was simple, kill anybody who didn’t fit in. So people who were intelligent, who taught school, who played the violin, who wore glasses, were put to death. 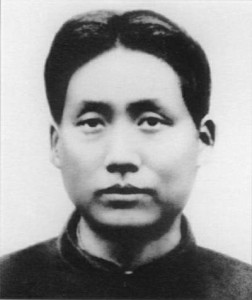 And, if you knew the martial arts you were a potential enemy of the state, and you were put to death.

The result of all this was a vast migration of Chinese martial artists to the rest of the world. At one point there were actually fifty masters on Taiwan who could do the ‘one finger trick.’ They could stick their finger through a board and leave a hole.

Some of them could even leave a hole in bricks!

And, the result was that the Chinese martial arts suffered.

And, one day after the revolution had run its course, the communists realized that they could make money on this martial arts thing. People would actually pay big bucks to go see the Shaolin Temple, to train in China, to learn actual and authentic Chinese martial Arts.

Unfortunately, the authenticate martial arts had been killed off.

The communists, however, had a solution: hire physical education coaches and have them create Kung Fu again. Or, in this case, Tai Chi Chuan.

Most people who think they are studying actual and authenticate Chinese kung fu, or Chinese Tai Chi Chuan, are actually studying programs put together by physical education coaches with a very limited knowledge of Kung fu, and who were working under the directions of communist masters who wanted to make sure that Kung Fu (Tai Chi Chuan) didn’t become too deadly, give people the wrong ideas (freedom of expression) or anything like that.
So how much real Tai Chi is there in the world? 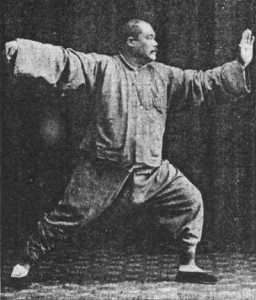 And you can apply Matrixing to any Tai Chi Chuan, or any style of tai Chi Chuan.

In figuring out Five Army Tai Chi Chuan I was careful with the form. I studied Chen and Yang and Sun and Wu forms, and i looked at all the forms offered by the PRC (People’s Republic of China). I quickly tossed out the PRC versions. They actually work against the human body, and any health giving benefits are relatively small, and the the self defense motions are minimal.

Chen I loved for the power, but the movements were arbitrary. PErhaps some day I shall look at that art more in depth.

Sun was a combination of influences, Wu was soft Yang, and…Yang.

Yang was the most well rounded example of Tai Chi, and it responded to Matrixing principles extremely well, and it fit into the overall matrix of all Martial Arts. Which is to say the body motions and postures seemed like an actual piece of the martial arts puzzle.
The real glory here, however, is that I didn’t do the form to do the form. In the course I spend some ninety minutes going over each and every piece of the form, showing what each move is for. 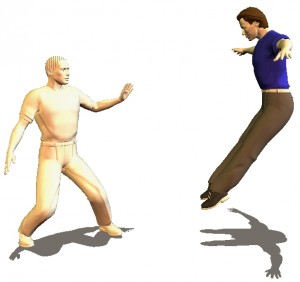 Yes, you can extract Karate or Kung Fu from Tai Chi, but the real Tai Chi is in the effortless intention in which somebody throws somebody across the room without any muscular effort.

So, ninety minutes of hard core self defense. Joint manipulations, pressure points, unbalancing movements which take over the other person’s very thoughts, and move him like a puppet to your will.

And, third, I did matrix Push Hands. There is very scientific explanation of how Push Hands works, and this relates back to the self defense moves, and from them back to the form itself.

Idea to expression to intention.

The difficult thing is that most people look at Tai Chi as it is done today and think that that is the truth. They have never seen the way the three sections–form and self defense and push hands–work to make a whole art, a whole person, and a glowing intention that makes life and self defense in the real world an effortless breeze.

Thus, the time and effort, and the fifty per cent gains they have gotten, they think are enough.

The mere fact of Matrixing technology makes this the most intense and life changing example of Tai Chi Chuan you will ever experience.

You will have the original power, you will be able to use it in combat, and you will tap into the true power of the most wondrous art in the history of the world!

Within two minutes you could be learning the most advanced method of Tai Chi in the world!

Click the button now, for it is the perfect time to Learn Tai Chi Chuan now!