How to Size Up an Opponent!

Size up and Destroy an Attacker! 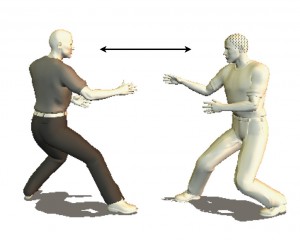 Even if a fight is a frantic affair from the outset, a trained martial artist will be aware of how the attacker is holding his body, and what that means. This article is about the process of discovery I used when I formulated a plan for handling attackers. The good news is that it is observable as workable in freestyle, so you don’t have to go out and get mugged to see if it works. 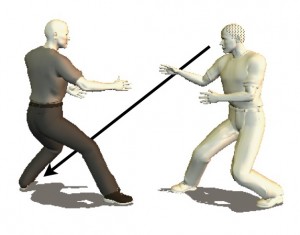 One of the earliest things I learned, concerning how to size up an opponent, was how he moved when you made a quick move towards him. If he moved back he was a runner, if he blocked he was a blocker, and if he moved towards you he was a fighter, or a jammer. This theory came to me through kenpo, was put forth by Joe Lewis, and supposedly was originated by Bruce Lee. 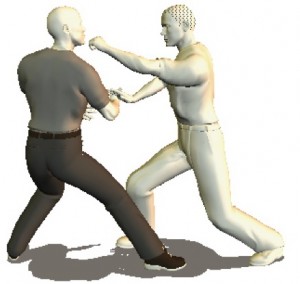 Move before he does!

Time passed, and I came up with my own observations in this matter. My observations were not based upon feinting towards an opponent to make a response, for that means you have wasted a motion, and if he is not wasting motion you’re already in a fight. So I assumed that I was in a fight already, and that I better just get on with analyzing the attacker.

First, I judged speed and mass and such factors. If he was lean and quick he would be looking for speed and striking, and if he was chunky and strong, he would be more likely to close and grapple. And, of course, these generalities proved to be of incredibly limited value.

So I asked myself which hand was forward, and began to isolate whether he was right handed or left handed. This was much better, and told me where the power was coming from, and even what angle. Still, maybe a ten per cent gain in my overall knowledge, and not enough to give me an edge.

Still, knowing which hand he was attacking with made me aware of whether he was setting up for a kick. Distance played a part in this, and I gauged how far an opponent was, and how I should angle my attack. The real key, however, was just being aware of how he was standing, whether he was shifted to free one leg up or not.

Having the hands and the feet analyzed, I began to separate the body in half. I would view it as two pieces, and estimate, from the angle he was facing me, what angle he would take on the attack, and what angle I should take on the defense. This proved to be invaluable, and the effectiveness of my defense in a situation went up 70% just from this simple observation.

When fighting there will always be a bit of mystery as to what is going to happen. Still, if you cut the body in half, top to bottom, and then cut the body in half, side to side, you’re going to reduce the mystery by having a distinct plan. Try it, let me know how it works out, and feel free to send me your observations, good or bad, I’ll be very interested in your progress and results.