The Deadliest Martial Art list has got to include Tai Chi Chuan. Oh, people do that for qi gong health, or when they are old, or some sort of injury or something. But after studying martial arts for over forty years, I’m convinced that Tai Chi Chuan is the fighting art that can inflict the most damage. 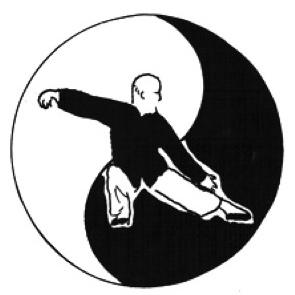 The first thing one should know is that Tai Chi Chuan is not for muscle building. What it does is make a person more aware of space. All those slow movements feed awareness into the body until you reach the conclusion that that thing called a body is merely a space within the universe.

You aren’t  sending a message through the nerves to move a muscle to move a fist to collide with a chin. You are outside the space, moving it with a put of breath, and the space of you, without being locked into any of the mechanical pieces, moves quickly and efficiently to collide.

The fact of the matter is, you aren’t hitting somebody with Tai Chi, you are colliding with them. Hitting somebody with a fist, once one realizes that there body is space, is so inefficient that it is rarely the weapon of choice of a good Tai Chi Chuan student.
What is more fun is to harmonize your space with the incoming ‘missile’ and unbalance it. That has tremendous value, and it is, quite honestly, much more fun than bashing your fist upon the bone of his skull. The trick is to shift your space so that the incoming missile falls into it, and adjust your space so that no more attacks can be forthcoming.

If he draws arm back for a strike, his space retracts, which is a direction, which can be wafted away with a whim of intention. If he pushes, his space grows larger, which is a direction, which can be sucked past with a grin of intention. Indeed, the poor fellow, unbalanced on the plane of two feet, has no possible defense against something which isn’t there. And space is definitely something that isn’t there.

To hit somebody is a decision, and a decision that is manifest through bone and meat. Space, however, is a perception, it is an awareness unhindered by a meat body, so the decisions are ten times faster than decisions born of meat. The really interesting thing about all this is that once you understand that your body is made of space, it can’t be destroyed, for how can you destroy nothing?

Once one understands the points I have outlined here they will surely come to know what I mean when I say that Tai Chi Chuan is the deadliest martial art.