The Deadliest Weapon…if You Can Handle It!

The deadliest weapon in Martial Arts History is…the towel. This weapon is so deadly it should be outlawed. In fact, anybody caught with a towel in hand should be arrested and thrown into the darkest prison! 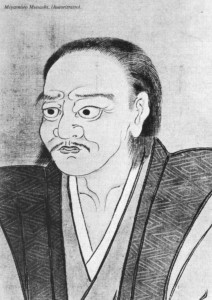 When one considers the towel, one should consider the vast speed it moves at. The hand flicks, and the tip of the towel can exceed one hundred miles an hour! Thus, the tip of a speeding towel can split skin and create mighty welts!

The deadly towel can be made even deadlier by one simple action. If one dips the tip of the towel into water, the towel can become even more cutting and cause even more pain. A tip dipped in water gains weight, and the integrity of the strike is increased multiple times!

Another thing to consider, when considering the towel, is that it is easily ‘hidden. In fact, it is hidden in plain sight! Who, on earth, is scared of a simple towel draped around the waist, eh?

And, speaking of this ‘hidden’ factor, when are you most likely to be attacked? When you have no weapon! When you have a spear or sword, or even a simple knife in hand, people are much more loathe to attack you!

When attacked while wearing but a towel, you don’t scream and look around for a weapon when attacked. You merely drop your towel, which (hopefully) affords a severe shock to the attacker. Then you flick and snap, dance and writhe, and chase the intruder from your realm!

You think this article is a joke? You think the towel isn’t the deadliest weapon in Martial Arts history? Consider that Miyamoto Musashi, the greatest swordsman that ever lived, was once accosted in a bathhouse by a dozen sword wielding attackers. Using only ‘the deadliest weapon’ and his, uh, natural talents, he chased the swordsmen from the bathhouse and down the street!

One Response to The Deadliest Weapon in Martial Arts History!