Can’t We All Get Along?

Originally published in Inside Karate (Aug 94)

I was talking with a student when I felt a presence. Looking towards the door I recognized a martial arts instructor from a studio across town. I invited him in and we began to chat about this, that, and the martial arts. Suddenly a girl appeared in the doorway. Standing at attention she bellowed (and I do mean bellowed!) ‘The halls are clear, sensei!’ 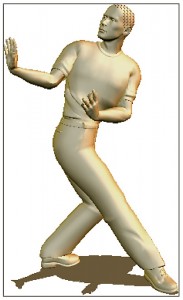 If you can’t find something nice to say…don’t say anything at all!

The visiting instructor nodded his head and we continued our conversation.

I have to admit, however, I have always wondered why he thought a trap might be laid for him if I didn’t know he was coming?

That brings me to the subject of this Case History. Two years ago I opened a studio in a small town in California. Usually, when I move into an area I find out who teaches what, introduce myself, and so on. The reason I didn’t this time was because I had encountered such severe insanity in the past. One time, for instance, I met a fellow at a tournament, complimented him on his art, he had just fought for a grand championship, and told him I had just opened a studio across town. He immediately told me I was a disgrace to the art and stomped off. Not having met him before, having been in town only a short time, I was a little surprised at this response to an attempt at friendly communications.

And occurrences like this had happened enough so that I was a little gun shy when meeting my fellow martial artists. So I decided the heck with it, they could come meet me if they wanted to.

Boy, did they want. 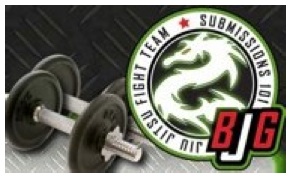 237 MMA videos! Everything you need to know! Click here now!

Another fellow, one with real certification all the way back to Japan claimed that we should all live together. In the next sentence he said that all other arts are phony and he taught people who had studied under Bruce Lee, the Gracie Brothers, Benny Urquidez, and several other people he considered ‘phony’ (they didn’t have certification?). They all agreed, according to him, that he was the best.

All in all there were about ten ‘instructors’ in the area who wanted to tell me how great they were, and how bad the next fellow was.

Unfortunately, there are a lot of wacko’s out in the world. As a martial arts instructor I find it quite disagreeable when these misguided individuals find their way to my door. The unfortunate aspect of this article is that it is about instructors.

Something funny happen to you in the martial arts? Shoot me an email and tell me about it.  (aganzul@gmail.com) You might end up famous!

This concise article is available for reprint at: Free Martial Arts Online.

If you wish to use this article in your newsletter, blog, website, or whatever, you must include, without changes, all text including the links at the bottom. Thank you.

One Response to Can’t We All Get Along?