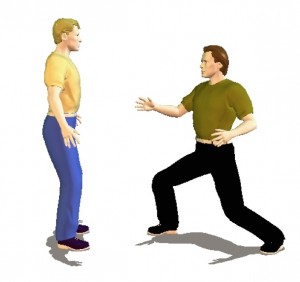 One of the Kang Duk Won Techniques that used to drive me crazy, and yet which proved of the utmost value, was the first movement out of Pinan (Heian) Three.

We set up the applications (called Promise Fights) like this. That would enable the de- fender to see what was coming. 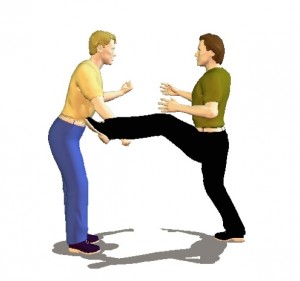 First attack was a kick. We would bring the feet together at the right distance and do the first move out of the form.

Second attack was a punch to the midsec- tion. We followed the form. 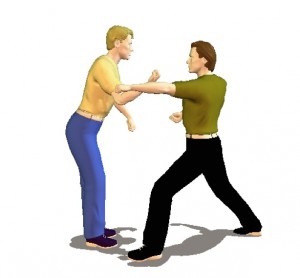 Third move was the counter, you can see the fellow on the right turning the arm over for the grab. With some practice we made this move so fast it was workable even in fre- estyle, though not so rigid.
Here was the crux of the technique, we twisted, whole body, from the feet, and pulled the attacker into a horizontal backfist that lit- erally took his head off. 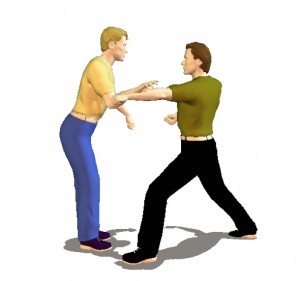 What shocked me was not the usefulness of the technique, but the way you had to ex- plode form the tan tien to make it work. It simply wouldn’t work if you didn’t explode from the tan tien and use the whole body as one unit. Thus, it became not just functional, but a ki builder par excellence.

That is the glory of classical applications.

Needless to say, I learned to love it, but it took a while, and a huge dollop of frustration.

One Response to Self Defense Application from Pinan Three Karate Kata!