The Real Shaolin History The Masters Won’t Tell You!

The real Shaolin History is one of those animals that’s difficult to pin down. One reason for this is that the communist regime controls all history, and rewrites it to suit the state. Another reason is that the current history is of an oral tradition, and therefore quite open to mythicizing. 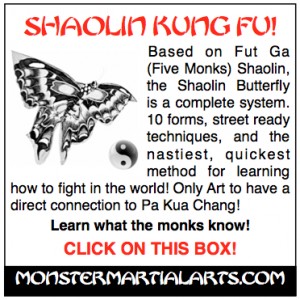 The real history starts with Bodhidharma traveling to China to see the emperor. This tends to enhance Bodhidharma at the expense of the emperor, and it should not be that way. The emperor, you see, was enrolling Buddhist monks in a program to translate texts from sanskrit to Chinese.

?The emperor believed that if he saw to the translation of these religious texts the general public would be enabled to study this religion. He believed this would allow him to enter nirvana. Bodhidharma told the emperor otherwise, which gained him nothing but a swift kick in the pants right out the emperor’s doors.

Bodhidharma then went to a local temple to meet up with other monks, and was refused entrance. The head abbot apparently thought him a meddler, or an upstart, or maybe he just didn’t want to be associated with somebody the emperor found lacking.

The temple he was refused entrance to was built on land which had been razed, or burned down, and the emperor’s gardeners had planted new trees. Thus, came about the name Shaolin (young forest). Nowhere to go, Bodhidharma went to a nearby cave to live.

Eventually Bodhidharma gained admittance to the temple, and legends have it that it took nine years, he bored a hole in the cave with his eyesight, he cut off his eyelids and planted them, and all sorts of other rather ludicrous legends. No one knows why he was admitted to the temple, but it was a good thing he was. The monks were in bad physical shape.

The Shaolin monks spent all their time studying books (scrolls, etc.) and were a sickly lot. So Bodhidharma gave them a series of body motions founded on hatha yoga and raja yoga. These movements were derived from the 18 animals of Chinese-Indian iconography, and this was doubtless the source of the five Shaolin animals.

This was the beginning of shaolin kung fu, though it is difficult to say when body conditioning was transformed into actual martial arts. The times and the region were filled with bandits and hard times, and it can be safely assumed that somebody in good physical condition is going to stand a better chance of survival than somebody who is not in good physical condition. At any rate this real Shaolin history is better verified, with more legitimate sources, than the various myths and legends which currently abound.

Real Shaolin History means nothing if you don’t study the martial art itself. Head on over on over over to Monster Martial Arts for the most efficient Shaolin Teaching in the world!