How to Achieve Light Kung Fu…How to Walk on Water

Light Kung Fu, sometimes called Light Body Kung Fu, is one of those ancient myths behind which there might be truth. There are directions in old kung fu manuals concerning the discipline, and every once in a while you see something really amazing that makes people think that such things are possible. This article is going to be concerned with directions for getting to that exalted Kung Fu ability. 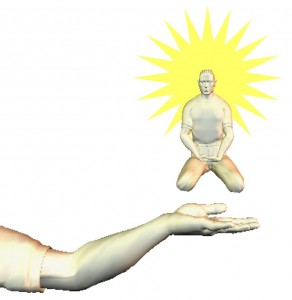 Can you Use Light Kung Fu to Float?

Basic directions for learning light kung fu, and being able to do martial arts techniques like leaping six feet straight up, are usually childish, or esoteric. The childish instructions are things like, ‘dig a hole and leap out of it one thousand times. Take one cup of dirt out of the earth every evening, and in ten years you will be able to jump out of a twelve foot pit.

Let’s look at this: one inch a day, 365 days times ten years, 3650 inches divided by twelve…guy should be able to  leap over 300 feet. Maybe he was supposed to take out a cup of dirt every week? But he would still be able to jump near 30 feet vertical.

The more esoteric directions said things like one must breath to the tan tien while you do the Leopard gives birth move. The third chakra must be engaged on year two, and the seventh chakra will ignite on year six. Burn incense to Jesus constantly while you do this.

Leaving the childish and the esoteric aside, more confusion is often injected by scientists. I happened across the following directions for light kung fu on a martial arts forum. Gigong is just the ability of transition of body weight between the two feet in such a manner that the body weight never fully rests on any of the legs in any period of time…and the paragraph goes on to describe how to shorten the cycle of stepping.

This last description is most fascinating, but there is always a problem when somebody tries to describe something that is beyond science with…science. What I mean by this is that science describes how the universe works, but it doesn’t really tell you how to use your mind to move it around. I know people trained in science will argue with what I have just said, and try to inflict their reasoning on the phenomena, but science can’t account for supernatural phenomena such as light kung fu, raising the dead, or, say, walking on water.

One of my students could walk on water. His particular trick was to run across the corner of a swimming pool. He would get a running start, do something interesting with his mind, and run over the surface of the water without sinking under the waves.

The key here is what he was doing with his mind. Gravity can be measured; it can be described by science, but it is still an idea that must be believed in. We are raised up to make physics work (trained by schools geared towards scientific reasoning), but the secret of light kung fu is to untrain your mind, to get over the idea of gravity, and that is something that takes a lot of kung fu discipline.