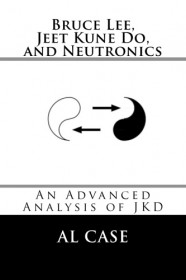 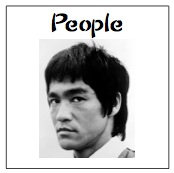 Is it Possible to have Perfect Martial Arts?

Chess and the First Move in the Martial Arts

I recently wrote on article on ‘Beyond Western Muscles and the Martial Arts,’ and in that article I mentioned an idea I had come across many years ago: that in a perfect chess game white will win for the simple reason that it moved first.

This has obvious implications in the martial arts. Two combatants edging towards each other, the perfect gunfight, searching for that threshold of distance wherein they can strike first and without getting struck.

Some people didn’t agree with this. I thought it a simple matter of extrapolating Einstein’s theory of relativity, and the resulting corollaries in subatomic physics, but, alas, I guess I was not…the first to move.

Then I had an interesting email wherein the fellow said that if two tai chi masters fight, the one who moves first will always lose.

Lord! Now I didn’t know what to think!

This theory holds up to the concept that at the center of all motion is motionlessness. This theory finally achieves the concept of perfection in the martial arts, and in the whole universe!

In this realm thought ceases to be motion, and becomes the ultimate no motion.

Which brings us to the grand conclusion.

If one doesn’t move first, then one will win. This fulfills the highest goals of the the martial arts, defines the highest attributes of an individual, and results in the cessation of all wars for an everlasting reign of peace on earth.

After, of course, one puts a big juicy, raw steak on his eyeball.

If you want perfection in your fighting abilities you have to matrix your martial arts. Go to Monster Martial Arts and find out what Matrixing is.

If you like martial arts humor you should check out the Case Histories column at Monster Martial Arts.

The One Thing That Makes Me Mad About Martial Artists

‘Just one thing makes you mad about Martial Artists, Al?’ you ask.

Do you remember back when you were first starting, and you would encounter the attitude that ‘my school is best/my art is best.’

I’m so mad I could hit…the air!


Now, after having done a few martial arts you have the overall picture, and you know that not one art is best.

And, if you are pretty savvy, you understand that people need to think their art is best, at least in the beginning. It is a mark of loyalty, of fanaticism that is necessary to truly immerse yourself in your studies.

You need that degree of commitment if you are really going to learn anything.

Martial Arts are tough, and it takes a person with zeal to make it through them.

Now, having said that, what is the one thing that makes me mad about Martial Artists?

Well, interestingly enough, it is an extrapolation of that stupidity of which we are all necessarily guilty.

It is an attitude that, since we have done martial arts we know everything.

It is a stopping point that happens after somebody has learned something significant, and then doesn’t know how to proceed, and thus doesn’t want to proceed, and falls back on, here it is, ‘I know that/we have that in our system.’

Yep, it is the refusal to move, the inability to learn more, and simply because we think we know it all.

But if you knew it all you could make an orange appear in your hand. Out of nothing.

Or vaporize a rock, into nothing, without the pesky atomic explosion that might accomplish such folderol.

Now, I encounter that attitude more than most, and this because I have gone past it. There is a residue, you see, which accumulates. And this residue of which I speak insulates those who wish to know, but don’t know how, who have succumbed to the one thing that pisses me off about martial artists.

Most people are polite, think I am just drumming up a little internet business with an internet gimmick, and they simply slide over my claims of a science…and the fact that I have over 600 pages of testimonials, and almost no detractors.

Well, I have a few detractors, but the odd thing–every one of those detractors has never taken one of my courses!

But to return to the sane ones, most martial artists smile, relax in their hard won competence, and say, ‘Oh, yeah, I understand what he’s saying, so I must have that in my art. No need to look.’

Or, sad, if they have, the graph or arrangement is wrong. It is just a compilation of kenpo (or other) techniques that, given enough techniques, will invariably slide one to the other.

Not a logic, but a happenstance when one has information overload.

Not a slim, streamlined way of understanding all arts, of accessing all arts, but a jumble of everything piled in a bucket so you can’t see the bottom.

Well, there you go, that’s the one thing that makes me mad about Martial Artists. The fact that they have reached the top, and don’t understand it is a beginning for a whole new thing. A relaxation into self-satisfaction, and the end of the climb.

An inability to learn because they think they know it all.

Head over to Monster Martial Arts to find out more about how to start your learning curve upwards again!