Martial Arts and a Rape Scenario

What is Your Martial Art Ethic?

I was teaching a student the other day.
She’s over 70,
but studied martial arts when she was young
so she’s in good shape.
I showed her a technique,
and we were talking,
and she made an interesting remark.
‘If I had him down like that
I’d kick him and stomp him.
I’d kill him.’

Whoa!
We had been talking about a rape situation,
I usually avoid those in teaching,
but she brought it up,
and I said,
‘But you’ve already got him down.
Why kill him?’

‘Because of what he’s done.
If he’s raped one,
he’s raped another.
He needs to be killed.’

It was funny.
She’s liberal in most attitudes,
but in this situation
she was a little to the right of Ghenghis Khan.
My kind of girl.
Except…

But she really didn’t get it.
I couldn’t dent her pissed off-ness.
We were just talking,
but the rage she held,
for a make believe situation
(that she had never been in),
I couldn’t dent.

Ethics,
you see,
didn’t matter
when it came to rape.

I told her that if she shot somebody
and the wound was in the back
she would go to jail.
A man with a turned back is trying to get away,
is no threat,
and shooting becomes murder
if there is no threat of harm.

She didn’t care.
She was right,
and that was it.

Interesting.
I kept teaching her,
and will continue to do so,
even though there is a spot of insanity
hiding in her bones.

But then everybody is insane,
they don’t realize it
or they would be sane.

Martial Arts makes one sane.
It leads,
if done correctly,
to a higher ethic.

So when I meet somebody who is off kilter,
I just tell them to keep practicing.

But…
how about you?
If you’re female,
and found yourself in the situation
of having a rapist at your mercy,
would you do harm?
Kill him?
Cut off body parts?
Would you let your baser part rule you?

If you’re male,
and your wife or daughter is compromised,
would you kill the rapist?
You’ve already knocked him down,
he’s no threat.
Would you fall to revenge
and do bad things to him?

I’m not going to lecture anybody on this,
there is a line between civilization and savagery here,
and though I claim the higher ethic,
I can’t claim that what I think
is best for the race.

I’ll keep working out,
and hope that I find the answer that is right,
but…?

Here’s the obligatory ad,
it’s for Tai Chi because that is what I was teaching this good lady.

Shaolin Kung Fu Able to be Learned Within Months!

A Faster Way to an Old Martial Art!

Shaolin Kung Fu, the popular myth states, takes lifetimes to learn. You have to go spend three days sitting in front of the temple to be accepted for teaching. You have to undergo bizarre training rituals that will enable you to do handstands on one finger, rip the bark off of trees, break tones of concrete with your head, and…and that’s not the truth.

Those are myths spread by people who want to impress people; by TV programming like the Kung Fu series starring David Carradine. 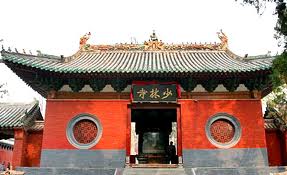 You don’t have to go to the Shaolin Temple to learn Kung Fu…you can learn this ancient martial art online!

The truth is actually quite a it more simple, yet even more powerful.

The first Shaolin Kung Fu book to hit the shores was ‘Secrets of Shaolin Temple Boxing’ by Robert W. Smith.

In that book Mr. Smith stated that Bodhidharma brought Kung Fu to the Shaolin Temple. Actually, he brought a system of calisthenics to help the dilapidated monks get strong enough to listen to his lectures without falling asleep.

The monks used this method to get stronger, and ended up defending themselves against bandits, and changed the simple calisthenic into a self defense system.

So Shaolin Kung Fu shouldn’t take a lifetime to learn. It should be able to be learned within a few months.

The original Shaolin monks learned it within months; why can’t you?

The reason is that for over 2,000 years well meaning people have been adding things to the once simple system. These things have confused Shaolin Kung Fu, mushed concepts all together, put techniques out of order, and even slanted it for tournaments or other personal interest.

In Shaolin Kung Fu the five animal fighting modes have been redefined. The original five animals were the tiger, snake, crane, leopard, and dragon.

But the tiger and the leopard are similar; why should you learn two animals that ae pretty much the same?

In the system called the Shaolin Butterfly the five animals are the tiger, snake, crane, dragon, and Monkey.

Actually, the monkey has been held to be one of the original five animals by many schools of thought.

So, we have a revised and better definition of the five animal fighting modes.

Now, each of the five animals has a specific attribute; one gives strength, one gives balance, and so on.

The problem is that these attributes are mere descriptions, tactics, at best, and not real martial arts techniques.

However, if you assign a stance to each animal, you suddenly come up with the five original concepts of the Shaolin Kung Fu monks.

The tiger is aggressive, and he uses the front stance for charging.

The crane is delicate and balanced, and he uses the one legged, crane stance to achieve this.

The Dragon twines and writhes, and he uses a cross kneeling type of stance.

The snake is flexible clinging, and he uses such stances as the one legged squatting stance.

The monkey is agile, and he uses the back stance to build this agility.

Now, these are still mere approximations of techniques. But one can see how the five stances could be used to begin the animal emulation process. But, how does one expand upon these stances/characteristics into a simple list of techniques?

Well, there is only so much that can be put into an article.

But, if you really want to learn this stuff, and I mean in months instead of lifetimes ~ if you want to figure this stuff out and be able to use it in real life ~ then you’ll find another great article on Shaolin Instruction at Monster Martial arts. Or, you can take a look at the Shaolin Kung Fu Butterfly course itself.

Shaolin Kung Fu, from Choy Lee Fut to the Butterfly

Shaolin Kung Fu is one of the oldest of the Martial Arts. It was started over two thousand years ago, endured through many changes, and is still important and powerful. The question we ask here is: can anything new be added to Shaolin Kung Fu?

The original Shaolin Kung Fu was started during the time of Buddha. Buddha came to the Shaolin Temple and began to instruct the Shaolin Monks in sacred texts. Unfortunately, the monks were of weak constitution. They fell asleep, they were easy targets for bandits, they just couldn’t cut it.

Emblem of the Shaolin Butterfly

Buddha began instructing the monks in traditional exercises to help strengthen them. These were chi building exercises, and the things he was teaching them bears strong resemblance to martial arts drills. Thus, the exercises slowly transformed into forms and techniques that has come to be known as Shaolin Kung Fu. The bad guys in the area around the Shaolin Temple began to finding that the monks were no longer easy targets,and  began to depart the area.

Years passed, and Shaolin endured through many changes. Emperors came and emperors went, but Shaolin lasted, and people who learned the traditional Shaolin Kung Fu lessons came to be in great demand. They would leave the temple and teach the peasants how to protect themselves, train bodyguards how to fend off bandits, and even became involved in training warriors for war.

At last, the emperor had had enough, these Shaolin monks were causing too much trouble, and he ordered the temple destroyed.

Five monks managed to escape the destruction of the temple, and they began to teach martial arts on a broader level. Some of the styles that came about as a result of these monks were Northern Shaolin, Hung Gar, Wing Chun, and so on.

That brings us to the modern era, and the condition of modern Shaolin Kung Fu. While the art is alive and well in some areas, under the hands of dedicated instructors, all too often it has been transformed into tournament arts, flowery systems that mean little, and, of course, the Wu shu of the PRC, which is not true to the original Shaolin Kung Fu. This kung fu was made up by physical education coaches after the Great Revolution, and spread for the glory of the state; not because of a desire for understanding the spiritual teachings originally taught at the Shaolin Temple.

One of the modern systems of Shaolin, a trim and tight system that yet embraces the majority of the original teachings, is the Shaolin Butterfly. This martial art holds to the original principles, such as animal modes of fighting like the tiger, the dragon, the crane, and so on.

It is started with a study of six basic steps, which steps take on a twining, mixing personality, and which are then done upon standing bricks. Thus, the student has to keep balance, all while learning how to kick and strike, how to cling to an attacker, how to entrap and take down with a variety of locks and throws.

There is a science to this approach, a blessing of western culture, that augments the eastern origins, yet enables the student to learn much faster.

That is the history of Shaolin Kung Fu to present times, and while it is a rich history, it manages to sidestep the corruption of art due to influences such as tournaments, commercial interests, and so on.

Here’s a good bit of writing on Shaolin Kung Fu. If you would like to actually take lessons in this incredible art, check out the course at Monster Martial Arts.